Guindy National Park in the Heart of Chennai

April 27, 2021 By Barbara About Chennai & Tamil Nadu No Comments 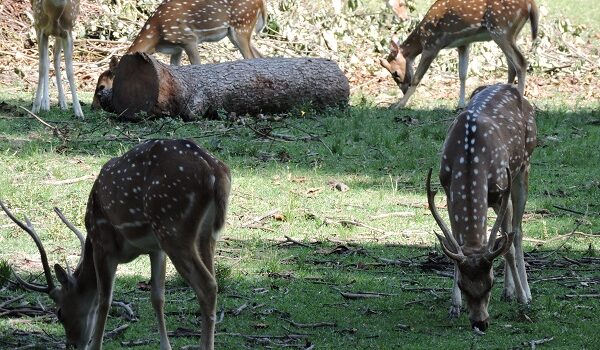 It’s hard to categorize the Guindy National Park, but whatever compromise we come up with, it’s definitely a sight you shouldn’t miss when visiting Chennai. It’s located in the middle of the city, not far from the airport (and the Elements Hostel!), yet Guindy National Park is not a planted park or zoo. It’s the remnants of a dry evergreen forrest, attracting almost a million visitors a year. 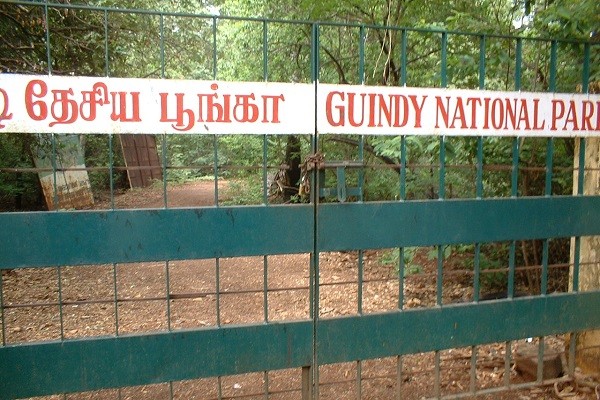 Children of Chennai love to go and see animals, like children do everywhere. It is fortunate for them, that beside the also beautiful and interesting Chennai Zoo the city boasts another great facility, just for that. Guindy National Park is a natural preserve, but not in the strictest sense. The park has roads and well built infrastructure to receive visitors. It got its conservational status because it’s the remains of a natural forrest, not least to protect it from the ever expanding city once and for all.

The fact the 2.7km² forrest withstood the expansion of Chennai can partially be thanked to Governor William Langhorne, who carved out a huge chunk of the Guindy forrest, then used as a game park. This served as the garden of the residence Guindy Lodge. It became a nice recreational area, then quite far from the much smaller city. The remaining part of the forrest was purchased by the state in 1821, and made into a reserved forrest in 1910. 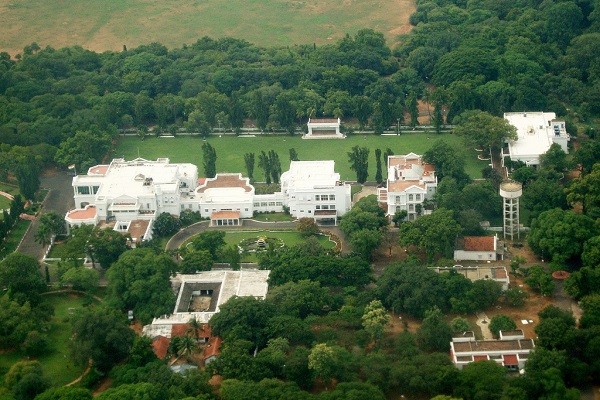 The (heavily expanded) Guindy Lodge serves now as the seat of the Governor of Tamilnadu. Photo: Jyoti Prakash Bhattacharjee

As the growing city started to envelop the forrest in the 20th century, the layout of the compound changed several times. Some areas were added, whereas a big part was used to the construction of university campuses. The forrest was officially made into a deer preserve in 1958. Guindy National Park officially established in 1978. It was formally fenced off and started operating as a sort of zoo in 1984.

What You Can See in the Guindy National Park

The park is famous for its spotted deer (chital) population, although they are not indigenous in Guindy National Park. They were introduced in the preserve after the second World War. The exhibit part of the forrest, called the Children’s Park also displays a huge variety of snakes and other reptiles. The collection consists of many species that zoos around the world might not consider exotic enough, thus can only be seen in this part of the world.

The recent floods of Chennai last year fortunately left the Guindy National Park mostly intact. The relatively elevated area was protected from the worst of the disaster. Wildlife authorities even built a pond to capture the rainfall. The big artificial pond (dubbed „Jabbar Odai” now will help watering the animals, which is always a problem in the very hot summers.

An interesting sight, with very good transportation connections. Entrance fees are cheap. It’s definitely worth putting in your schedule when visiting the beautiful Chennai. Our crew at the Elements Hostel will gladly help you to get there.